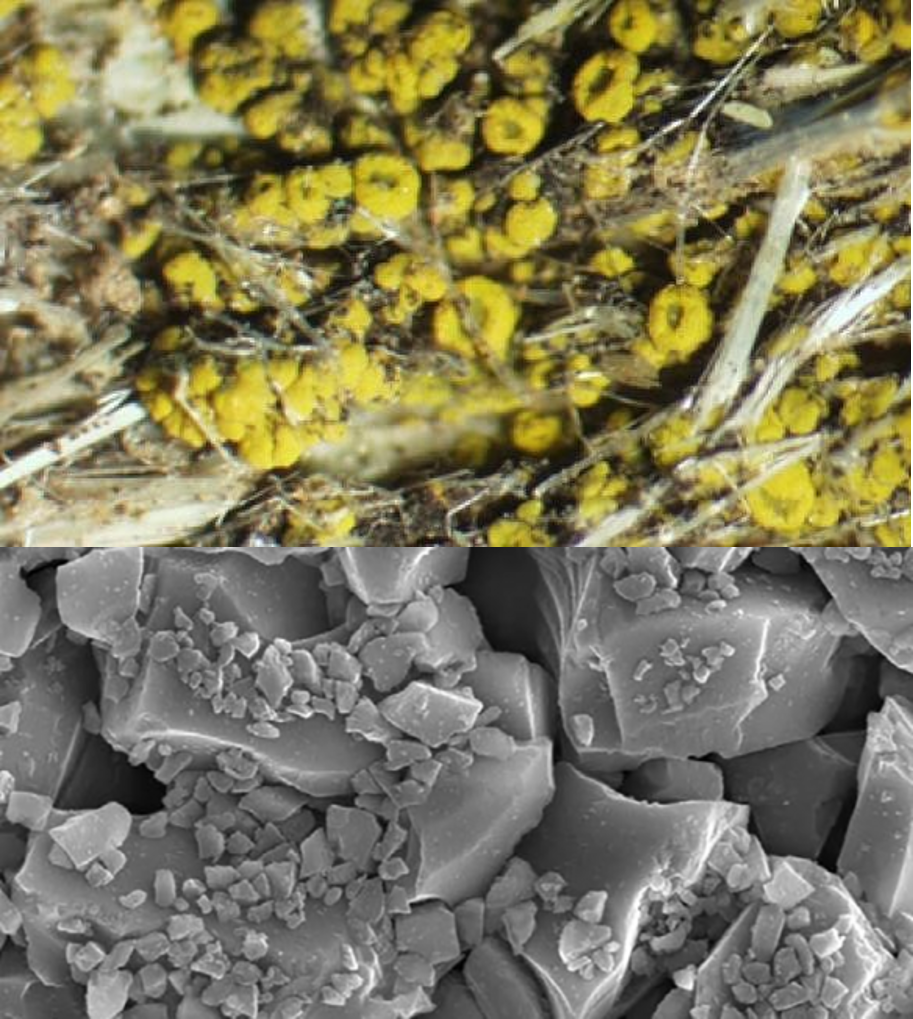 résumé : A complex chain of transformations and biological reactions occurs – often simultaneously – when mineral particle comes in contact with biological material. Understanding the bio-mineral interaction requires to adopt an interface approach both in term of investigated objects and disciplinary fields. The “G. Scansetti” research Center at University of Torino was specifically established to investigate all aspects of mineral particle toxicity, with a multidisciplinary point of view.

In this lecture, i) bio-weathering of naturally occurring asbestos (NOA), ii) the molecular mechanisms of quartz toxicity, and iii) new researches on extraterrestrial mineral dust will be discussed.

NOA-rich outcrops are frequently colonized by soil microrgansms that may physically and chemically alter the minerals, including the toxicity-relevant properties of fibres. In particular, soil microorganism (in field) and their metabolites (in vitro) were shown to affect the surface chemistry of a large set of natural outcrops exposing NOA-bearing veins. All serpentine fibres contacted by hyphae were significantly modified in their chemical composition, while tremolite and diopside were unaffected. These studies on the effect of bio-weathering prompted unconventional remediation strategies for NOA.

Following inahaltion, a mineral particle comes in contact with human lung immune system cells and fluids. To understand the molecular mechanisms of this interaction, we explored the surface properties of a set of mineral and synthetic respirable crystalline silica (RCS) dusts and evaluated their membranolitic activity, a first step in quartz inflammatory response.

Toxicity paradigms evidenced for earthly minerals are being extended to predict hazard of dusts from extraterrestrial environment.

bio : Francesco Turci graduated in Chemistry at the University of Torino (IT), where he obtained in 2005 the PhD degree in Chemical Sciences with a thesis on natural asbestos hazard in the Western Alps.  At University of Torino, he is assistant professor (tenure track) of Inorganic Chemistry and deputy-director of the « G. Scansetti » Center for Studies on Asbestos and other Toxic Particulates. He has been visiting researcher at Virginia Polytechnic, Blacksburg, USA ; Focas Institute, DIT, Dublin; and Center for BioNano Interaction, UCD, Dublin.

The scientific production and research projects of FT merge objectives and results related to the understanding of the fundamental chemical interactions of bio-inorganic interfaces with innovative solutions aimed at industrially relevant applications. Recently, research projects on the prevention and risk assessment of asbestos and crystalline silica have been particularly important. His activities are conducted in cooperation with researchers from different fields, including geology, biology, and medicine.

FT is co-author of more than 60 works in high-ranking peer-reviewed journals. His work has an h-index of 22 and has been cited more than 1500 times (https://goo.gl/ycXLgL).